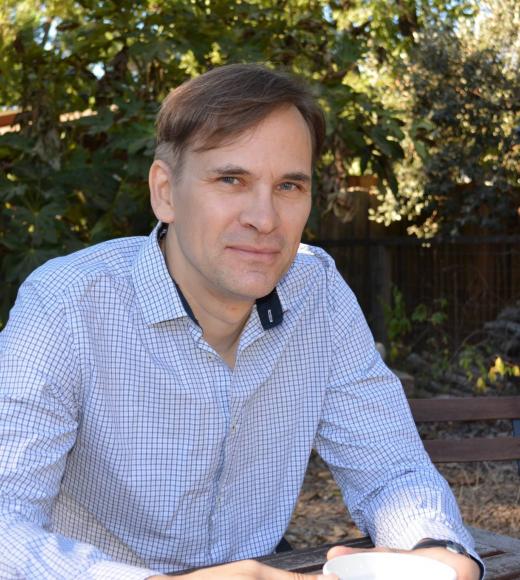 I work primarily on German and German-Jewish literature and thought, but also on French, Swedish and Yiddish literature and culture. At the intersection of literature, visual culture, philosophy, and cultural theory, my work engages humanistic inquiry in broad and interdisciplinary ways.

In a special issue of New German Critique that I edited (Ambivalent Sites of Memory in Postwar Germany: NGC 112/ 38:1, 2011), I brought together scholars working in the fields of History, TV and Film Studies, Literature, Trauma Studies, and Cultural Studies. The issue examines how what I theorize as "ambivalent memory" is constructed, preserved, circulated, redirected, framed and manipulated via specific medial technologies. The contributions in the issue account for the role of visual media such as film, photography, television, painting, and even postcards in the construction of memory, as well as that of print media such as journals and newspapers, school textbooks, archives, and “literature” (prose fiction, film script).

My first book, Jewish Philosophical Politics in Germany, 1789-1848, was published with Brandeis University Press / University Press of New England in Brandeis University’s Tauber Institute Series for the Study of European Jewry in 2014. The book exemplifies my commitment to careful reading across different disciplines and modes of discourse. A contribution to German-Jewish studies that draws on intellectual history, philosophy, literary studies, discourse analysis and theories of performativity and subjectivity, the book examines how Jewish intellectuals used newly articulated philosophical systems to conceptualize a place for Jews in political modernity during the heady era of 1789-1848, bounded on each end by a revolution. In December 2015, my book was awarded the Jordan Schnitzer Book Award by the Association of Jewish Studies for the best book published during the three-year period 2013-2015 in the category of Philosophy and Jewish Thought. The Association for Jewish Studies is the largest professional organization of Jewish Studies scholars worldwide, and the Jordan Schnitzer Book Award is the highest award the association bestows.

My most recent articles and current book project focus on two bodies of Holocaust writing: texts by Jews confined to Nazi ghettos and Holocaust survivor testimony collected in the immediate aftermath of WWII.

You can listen to a 30-minute interview with me about my book Jewish Philosophical Politics in Germany, 1789-1848 as part of the New Books Network Podcast
series at the following URL: http://newbooksnetwork.com/sven-erik-rose-jewish-philosophical-politics-in-germany-1789-1848-brandeis-up-2014/

“Writing Hunger in a Modernist Key in the Warsaw Ghetto: Leyb Goldin’s ‘Chronicle of a Single Day,’" forthcoming in Jewish Social Studies.

“Oskar Rosenfeld, the Lodz Ghetto, and the Chronotope of Hunger,” forthcoming in The Aesthetics and Politics of Global Hunger, ed. Manisha Basu and Anastasia Ulanowicz. New York: Palgrave Macmillan, 2017

The Holocaust and the Archive